August 31, 2021 00:00By order of the Ministry of Natural Resources and Environment of the Russian Federation, a number of Gazprom Nedra LLC employees were awarded with departmental awards for the discovery and exploration of the Vostochno-Imbinskoe Gas Field in the Krasnoyarsk Territory.
Oleg Myazin, Deputy General Director for Borehole Construction and Operation, Galina Artemyeva, Head of Geological and Geophysical Drilling Support Department of Directorate for Organisation of Geological Exploration in Eastern Siberia (Krasnoyarsk), Yaroslav Beltikov, Head of Exploration Projects Development Department of Gazprom Nedra NTTs (Science and Technology Centre) affiliate (Tyumen), as well as the leading geologist of this department Oksana Primak were awarded with “Discoverer of Mineral Deposit” pins. 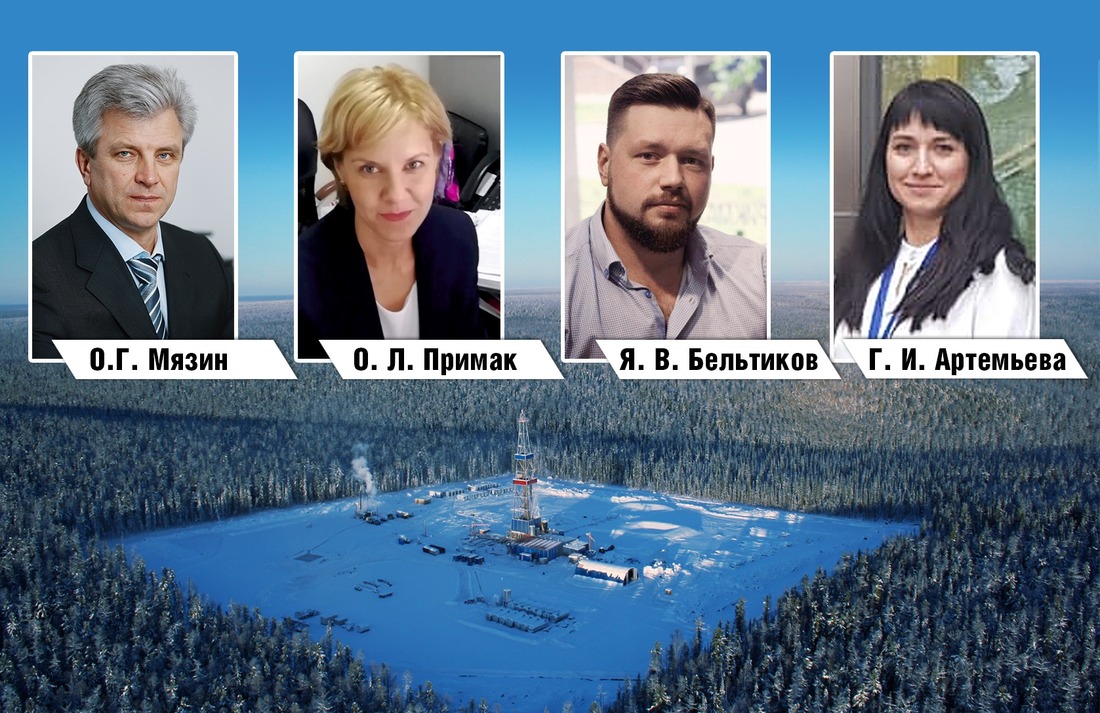 Currently, Gazprom Nedra LLC employs 16 employees who have been awarded the title of “Discoverer of Mineral Deposit”.

Gazprom Nedra LLC is a 100 % subsidiary company of PAO Gazprom and ranks among the major Russian multi-business oil and gas service companies. In 2019 Company production potential was expanded due to integration of Gazprom Georesurs LLC and Gazprom Geologorazvedka LLC assets.The Company carries out a complete centrally managed cycle of exploration works in the RF and provides its clients with a wide range of unique geophysical and geoengineering services. Gazprom Nedra LLC is the main source of Gazprom Group geophysical data in the sphere of raw materials production, reduction of operational expenses and geophysical activities efficiency evaluation, calculation of gas deposit and storage reserves, and environmental safety assurance.
Company subdivisions are located in all gas producing regions of Russia. Its staff totals over 4,500 people. Company administration offices are located in Moscow and Tyumen. The Company uses a  based on the GOST ISO 9001 standard, a health and safety management system in accordance with ISO45001 and an environmental management system which meets the requirements of the international standard ISO 14001:2015 (GOST R ISO 14001).
The Vostochno-Imbinskoe Gas Field is located in the Imbinsky subsoil area in the Boguchansky District of the Krasnoyarsk Territory, on the right bank of the Angara River. PJSC Gazprom has been carrying out prospecting and exploration works in the territory since 2000. In accordance with the adopted Program of Geological Exploration in the Imbinsky license area, detailed 3D seismic surveys were carried out in the period from 2010 to 2014 on an area of 496 sq. km, and two new prospecting and appraisal boreholes were drilled. As a result of testing the Vendian complex reservoirs in 2014, commercial gas flows were obtained.Based on the results of geological exploration and operational calculation of reserves, the Federal Agency for Subsoil Use (Rosnedra) approved and accepted the Vostochno-Imbinskoe field with total geological reserves of C1 and C2 gas in the amount of 14.108 billion m3 on the state balance sheet.