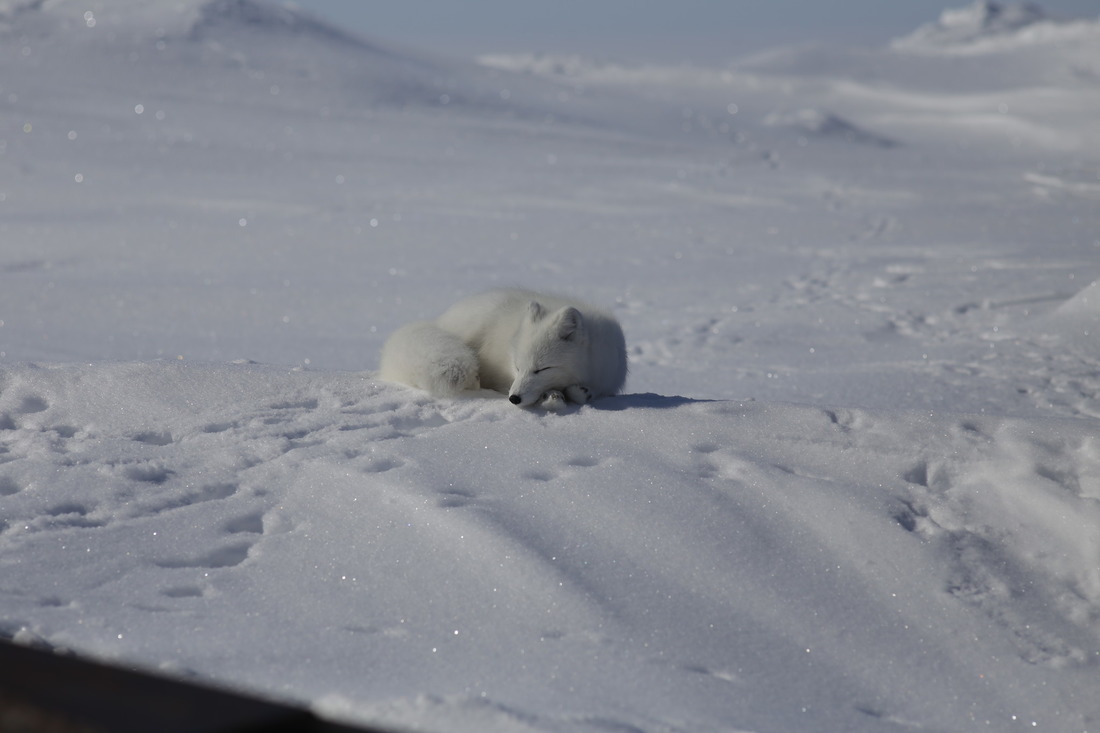 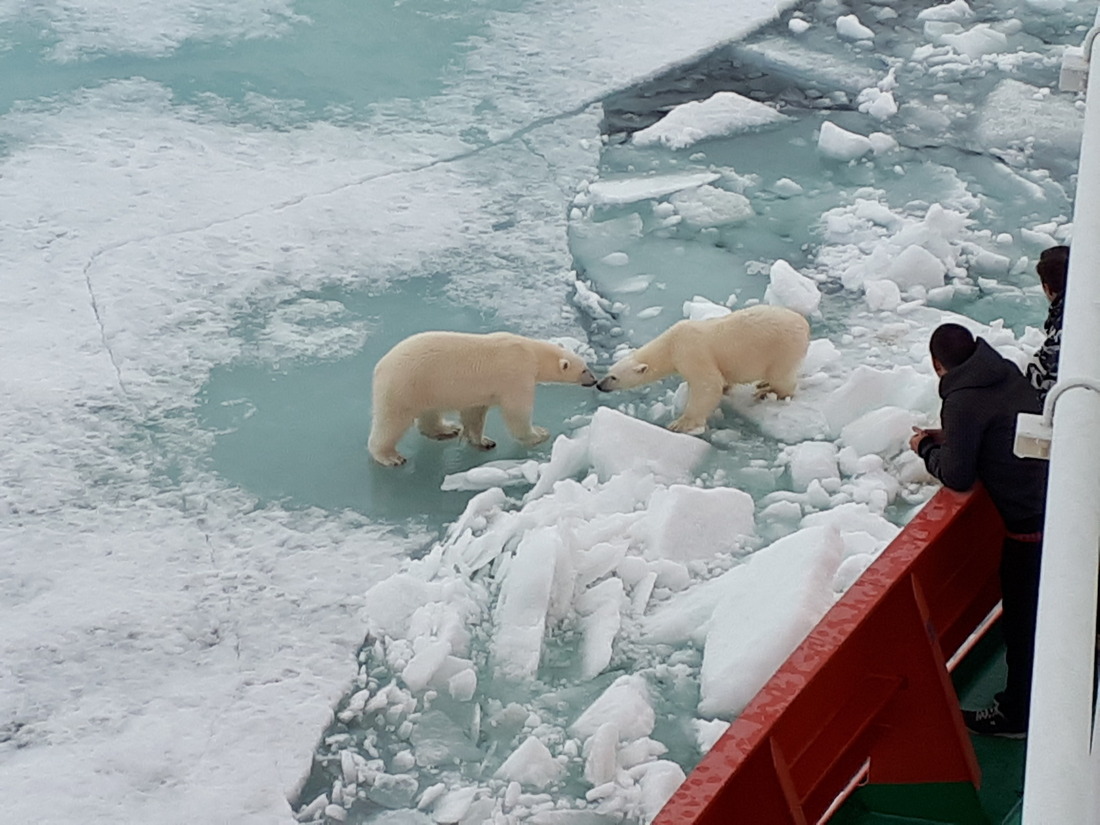 In order to compensate for damage to aquatic biological resources and their habitat by the activities of the company during the construction of prospecting and appraisal and exploration wells, under the control of the territorial departments of the Federal Agency for Fishery, the company implements measures for the cultivation and release of aquatic biological resources.In total, this year the company has planned about 20 releases of juveniles of valuable commercial fish species: muksun, chum salmon, grayling, peled, and salmon in various regions of Russia.

Two releases of juvenile fish of the salmon family were carried out by Gazprom Nedra in May this year as part of compensatory measures for the artificial reproduction of aquatic biological resources. More than 13,000 juvenile chum salmon were released in the Kamchatka Territory. Underyearlings of chum salmon weighing 1.17 grams were farmed at the Paratunsk Experimental Production Salmon Fish Hatchery, and they will be able to enter the Sea of Okhotsk through the Trezubets Stream of the Paratunka River Basin.

Upon request of the company, Atlantic salmon juveniles were farmed at the Vygsky Fish Hatchery in the Republic of Karelia. 7,800 three‑year-old salmon, with an average weight of 38 grams, made their way to the Keret River, which flows into the White Sea.

In June, in the Mirninsky district of the Republic of Sakha (Yakutia), whitefish were released as part of our company’s compensation measures for the artificial reproduction of aquatic biological resources. More than 41,000 peled at the stage of a five-day larva were released into the Aannyaakh River. The larvae of valuable commercial fish were raised at the Chernyshevsky fish hatchery by order of our company. The larvae were transported to the Aannyaakh River in special bags, which lay on the surface of the water for a certain amount of time and cooled down to its temperature. This helps the baby peled avoid temperature shock.

On 12 July, in the Yamal-Nenets Autonomous Okrug (YNAO), a batch of muksun juveniles, a fish that is now on the verge of extinction and is prohibited to be caught, farmed at the request of Gazprom Nedra LLC, was released into the Ob River near the town of Labytnangi. From 15 to 18 July, grayling juveniles were released into the Bratsk Reservoir in the Irkutsk Region. More than 29,000 fry from the nursery pond rushed down special fish channels into the Belaya River, and from there they will enter the Bratsk Reservoir. On 23 August, juvenile Arctic grayling were released into the Yenisey River in the Krasnoyarsk Krai. About 18,000 juveniles were released to their natural habitat. Juvenile grayling were preliminarily weighed, inspected and counted by total count method at the Maltat LLC fish farm, where they were raised upon request of Gazprom Nedra LLC. The grayling were delivered to the site of release into the Yenisey River near the village of Yesaulovo in the Berezovsky District using a specialised car with aeration, supervised by a fish breeder specialist.

Monitoring is carried out in order to obtain the necessary information about the current state of the environment to study the impact of geological exploration, ensure rational and environmentally friendly nature management, to predict the activation, occurrence and development of negative processes and phenomena as a result of the impact of natural and anthropogenic factors.

It seems that nothing can be more beautiful than what nature demonstrates to us. These inhabitants of the forests of the Irkutsk region were captured by the lens during monitoring of the environmental state at the Yuzhno‑Ust‑Kutsky license area.

Employees of Gazprom Nedra LLC traditionally took part in corporate events on the occasion of Ecologist Day, which is celebrated annually on 5 June together with World Environment Day.

The campaign Let’s Make the Planet Cleaner! Sorting Together! took place in Tyumen. On the day it was held, a collection point for secondary raw materials was organised in the courtyard of the office building; a special Ecomobile was on duty where administrative employees of the company and the branch Gazprom Nedra NTTs (Science and Technology Centre) handed over 450 kg of pre-collected and prepared recyclable materials (waste paper, PET bottles, plastic, glass).

In Krasnoyarsk, The Planet Without Plastic Bags event was held at the Department for Organisation of Exploration Works in Eastern Siberia. The employees signed a Self-Declaration of refusal to purchase plastic bags for a month. To help the participants of the campaign, its initiators gave out reusable textile eco-bags.

During the events, the company’s ecologists answered a number of topical questions from colleagues about the collection and sorting of household waste at home. They also noted an increase in the number of advocates of conscious consumption among employees of the company’s subdivisions.

Employees of the Department for the Organisation of Geological Exploration in Eastern Siberia (Krasnoyarsk), with the support of the Primary Trade Union Organisation, took part in the international campaign Garden of Memory.

In memory of those who perished during the Great Patriotic War, in the Yemelyanovsk region, not far from the Minino station, the planting of miniature three-year-old Christmas trees was organised. Experienced curators from the Yemelyanovsk forestry showed how to plant seedlings correctly and armed the volunteers with... swords. Kolesov’s planting irons. The tool, invented more than 100 years ago, is still the most convenient and popular for planting forest seedlings. The seedlings were helped to gain a strong foothold in the holes to start their new lives.

Employees of Gazprom Nedra LLC once again showed support by participating in the annual socially benefit event of nationwide scale — the All-Russian environmental cleanup Green Spring — organised by the Non-Governmental Environmental Fund named after V. I. Vernadsky. The official start of the project this year was on 24 April in Moscow’s Victory Park on Poklonnaya Hill with the support of the Central Museum of the Great Patriotic War of 1941–1945. Employees of Gazprom Nedra LLC took part in the opening ceremony of the Green Spring — 2021 campaign and, as tradition, joined in on environmental events.

Despite the inclement weather, many went to the cleanup with their entire families and were happy to join in on cleaning up the memorial park. In particular, the activists from the company planted barberry seedlings, pruned trees, and cleaned up the territory of last year’s foliage and branches.

Employees of the Department for the Organisation of Geological Exploration in Eastern Siberia put in order a section along the road of Karaulnaya Street, where they collected more than 20 bags of garbage. And their colleagues from MC Krasnoyarskgazgeofizika cleaned the territory of their affiliate from pollution and last year’s leaves. Cloudy weather did not interfere with the good mood that participants in the cleanup days had, and our colleagues from Krasnoyarsk enjoyed the valuable cooperation.