Subsoil assets of the Arctic continental shelf of the Russian Federation represent a unique reserve for the economic development of Russia at least for the rest of this century. This was announced by Vsevolod Cherepanov, General Director of Gazprom Nedra LLC, in his videoconference speech at the International Energy Forum 2021, which took place in Oslo (Norway) on 2 and 3 November.

Vsevolod Cherepanov emphasised that Gazprom Nedra LLC, PJSC Gazprom’s operator in the field of geological exploration on the Arctic shelf, is participating in the implementation of the strategic task of developing offshore projects facing the parent company today.

According to him, Gazprom Nedra conducts active exploration work on the Arctic shelf, including seismic research and deep drilling at 19 licensed areas in the Barents and Kara Seas. Within the last five years, a considerable volume of 3D seismic surveys has been carried out — 34.5 square kilometres with eight exploration targets prepared for deep drilling. 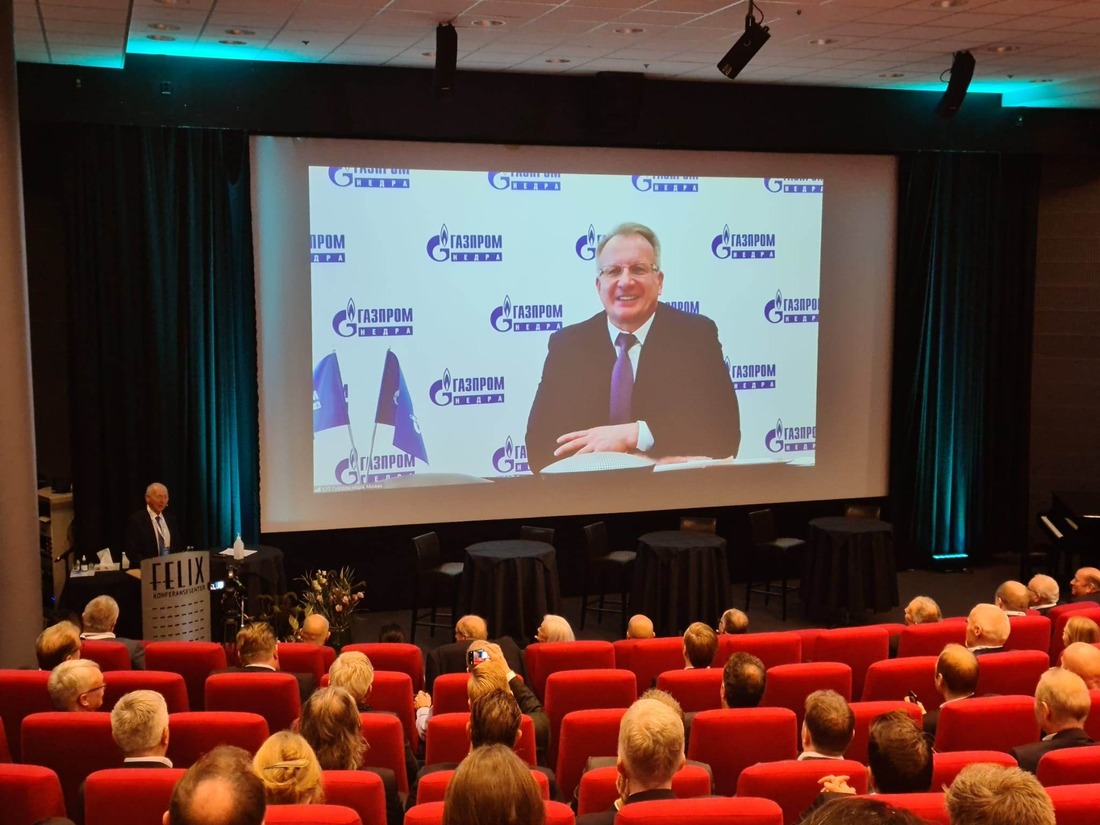 “The presence of a well-developed gas transportation infrastructure on the Yamal Peninsula as part of the mega-project to create the Yamal gas production centre contributes to the development of the mineral resource base within the Priyamal shelf of the Kara Sea,” said Vsevolod Cherepanov. “Since 2017, six prospecting and appraisal and exploration wells have been drilled in the Kara Sea, which have yielded significant increments in commercial gas reserves. Gazprom Nedra takes a leading position among Russian companies in terms of the volume and results of geological exploration of subsurface resources on the Arctic continental shelf.”

At the same time, Vsevolod Cherepanov told the audience about a fundamentally new plan for construction of wells on the Arctic shelf that was recently adopted by the company. It provides for the use of one offshore drilling rig in two water areas (on the shelf of the Barents and Kara Seas) in one inter-ice period. According to this plan, one prospecting or exploration borehole is being built on the Barents Sea Shelf in open water from April to June. Upon completion of the work, when the Kara Strait (the strait between the islands of Vaygach and Novaya Zemlya) opens and the water area is cleared of ice, the drilling rig is relocated, and from July to November it is constructing a borehole in the licensed areas of the Kara Sea. According to Gazprom Nedra experts, such approach, in addition to the tasks associated with preparing the fields for development and increasing the resource base, will reduce the cost of well construction due to the synergistic effect.

At the end of the presentation, the head of Gazprom Nedra stressed that the company’s activities on the shelf of the Russian Federation are carried out in full compliance with the requirements of process and environmental safety.